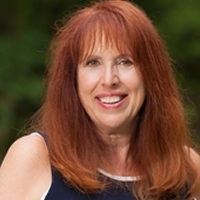 I grew up in a Queens suburb and received my Bachelor of Arts in Accounting from Queens College. Upon graduation, I began working in the auditing department of Ernst & Young.

I spent my early years in the New York City office gleaning the knowledge I needed to progress. After several years, I specialized in bankruptcies, those companies who were liquidating and with those who would ultimately emerge from bankruptcy. I also worked on IPO’s and SEC filings. I moved to the Long Island office where I continued to work on IPO’s and SEC filings. Leaving the firm as a Senior Manager, I took a few years off to be with my family. During that period, I began to work for Gladowsky and Gladowsky helping process tax returns. I also became active in my children’s school PTAs, eventually becoming President at the elementary school and high school. I also served on the district wide PTA Council as Treasurer, Recording Secretary and Vice President. My career at Gladowsky & Gladowsky has now reached almost 30 years.